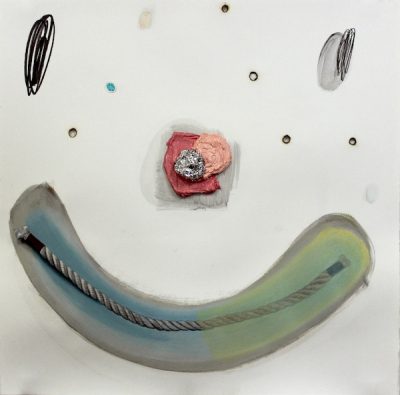 The Fuel and Lumber Company Presents…

Hither and Yon: a two-part exhibition and panel discussion presented in collaboration with UAB’s Department of Art and Art History, featuring the work of Craig Drennen, Jane Fox Hipple, Astri Snodgrass, and Jered Sprecher.  Exploring unique approaches to contemporary painting and drawing, these four artists share roots in the Southeast and have exhibited nationally and internationally.

The Fuel and Lumber Company Presents…

Hither and Yon: a two-part exhibition and panel discussion presented in collaboration with UAB’s Department of Art and Art History, featuring the work of Craig Drennen, Jane Fox Hipple, Astri Snodgrass, and Jered Sprecher.  Exploring unique approaches to contemporary painting and drawing, these four artists share roots in the Southeast and have exhibited nationally and internationally.

The Fuel and Lumber Company is a curatorial initiative founded in the summer of 2013 by Amy Pleasant and Pete Schulte to facilitate exhibitions and related events.

PROJECT SPACE is located in the UAB Humanities Building at 900 13th Street South and open during project-specific dates and hours.
For questions, to schedule use of PROJECT SPACE, or to arrange a visit, contact PROJECT SPACE Curator Jared Ragland at raglandj@uab.edu.

Support for the exhibition, Hither and Yon, is provided by the University of Alabama at Birmingham, Department of Art and Art History

Craig Drennen is an artist based in Atlanta, GA.  He is represented by Samsøn gallery in Boston and Saltworks in Atlanta.  His most recent solo exhibitions have been at Samsøn gallery in Boston and at helper in Brooklyn.  He has shown in the VoltaBasel art fair in Basel, Switzerland, the MACO art fair in Mexico City, the NEXT art fair in Chicago, and the Untitled art fair in Miami.  His work has been reviewed in Artforum, Art in America, and The New York Times.  He teaches at Georgia State University, served as dean of the Skowhegan School of Painting and Sculpture, and is on the board of Art Papers magazine. Since 2008 he has organized his studio practice around Shakespeare’s Timon of Athens.

Astri Snodgrass, originally from St. Charles, Illinois, holds an MFA in Studio Art from the University of Alabama in Tuscaloosa and a BA in Art and Spanish from Luther College in Decorah, Iowa. Snodgrass has also studied studio art at Nansenskolen Norsk Humanistisk Akademi in Lillehammer, Norway, and the Universidad Nacional de Cuyo in Mendoza, Argentina. Snodgrass currently teaches Drawing I and Drawing II at the University of Alabama. She has also taught 2D Design and served as a teaching assistant for Painting I, Monotype, Drawing I and II, and Figure Drawing.

Jered Sprecher was born in 1976 in Lincoln, Nebraska and spent his childhood in Houston, Texas and Kansas City, KS. His paintings, drawings, and installations focus on the fleeting images and objects that surround us. His work has been exhibited at The Drawing Center, Brooklyn Academy of Music, Urban Institute for Contemporary Art, Chinati Foundation, Irish Museum of Modern Art, Nerman Museum of Contemporary Art, Des Moines Art Center, Hunter Museum of American Art, and Espai d’art Contemporani de Castelló. In 2009, he was awarded a John Simon Guggenheim Memorial Foundation Fellowship. Most recently he was the Artist-in-Residence at the Chinati Foundation in Marfa, Texas.

Lauren’s drawings borrow the grammar of botany, garden architecture, and agriculture to create artworks that inspire saudade, a nostalgic longing to be near again to someone or something that has become distant or has been loved and then lost. Autobiographical in origin, her works’ scale, material, and manner of installation establish and maintain an intimacy with the viewer through communitas.

Pete Schulte was born and raised in a country called the Midwest. He received an MFA from The University of Iowa in 2008.  Drawing is the cornerstone of a practice, which includes the integration of sculpture, site-specific, and curatorial activities. He has had recent solo and two person exhibitions at Whitespace in Atlanta, Jeff Bailey Gallery in Hudson New York, The Mason-Scharfenstein Museum in Demorest, Georgia, The Visual Arts Gallery at the University of Alabama at Birmingham, and at Luise Ross Gallery in New York. His work has been included in recent group exhibitions at Look&Listen in Saint-Chamas, France and at Jeff Bailey Gallery in New York. He has been awarded residencies at Yaddo, Bemis Center for Contemporary Art, Atlantic Center For Art and Threewalls. Art in America, Burnaway, ArtsATL and The New Art Examiner have reviewed his work, among others.

Pete Schulte lives and works in Tuscaloosa, where he teaches at The University of Alabama. He co-founded The Fuel And Lumber Company with Amy Pleasant in the summer of 2013.

The Fuel And Lumber Company

CONNECT WITH The Fuel And Lumber Company