Terminal Modernization Project:
Birmingham-Shuttlesworth International Airport welcomes the world to the terminal modernization project that will help our region climb to all new heights. This sustainable project is intended to address the aging facility’s efficiency and improve passengers travel experience from the parking deck to the aircraft, and plans to bring international capability to the Magic City.

This project is the most significant modernization at the Birmingham-Shuttlesworth International Airport since it was built in 1931. It will be state of the art, improving safety and efficiency at the airport and modernizing the appearance and amenities. The terminal modernization is part of a three-prong approach that will make the airport a strong catalyst for economic growth and open up new opportunities for the entire Birmingham region.

A component of the new terminal design is a new Federal Inspection Station to facilitate direct international air traffic. The station would allow BHM to accommodate non-stop flights departing to and arriving from international locations.

In addition to the international travel component, the terminal design calls for a new concourse that will improve safety and make the traveler experience more efficient and manageable.

Plans also call for passenger and luggage screening to be centralized and concealed, and parking deck elevator renovations.

CONSTRUCTION:
Early construction work will include the demolition of the airport’s old cargo building, which sits adjacent to the passenger terminal, and the elimination of Terminal A, which is currently being used as administrative space only. The removal of these two structures will make way for Concourse A. It will take between three and five years to complete construction, and the airport will remain open throughout the process.

ABOUT FRED SHUTTLESWORTH
Howard K. Smith, Commentator for the May, 1961, nationally televised documentary, Who Speaks for Birmingham, called Rev. Fred L. Shuttlesworth “The man most feared by the Southern racist,” and further said of him:

Fred L. Shurtlesworth“No history written on the Civil Rights Movement would be complete unless it included the name of Rev. Fred Shuttlesworth. Rev. Shuttlesworth has given more of himself for the “Cause of Freedom” than any man living today.”

Fred Shuttlesworth (born Freddie Lee Robinson on March 18, 1922) was a civil rights activist who led the fight against segregation and other forms of racism as a minister in Birmingham, Alabama. He continued to work against racism and for alleviation of the problems of the homeless in Cincinnati, Ohio, where he took up a pastorate in 1961. He returned to Birmingham after his retirement in 2007. Rev. Shuttlesworth died in October 5, 2011. The Birmingham-Shuttlesworth International Airport in Birmingham, Alabama is named after him. MORE 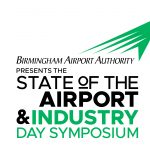