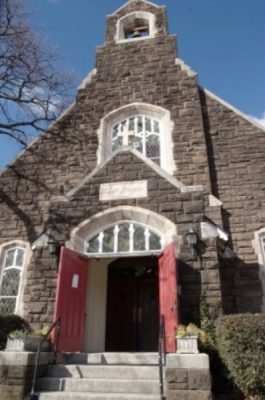 Taking listeners back to the Middle Ages, Renaissance and Baroque times, St. Andrew’s Red Door Arts series continues next month with a concert by Sine Nomine Recorder Consort, the early music group led by Steve Calvert. This musical event will be held on Sunday, May 3 in the church at 3:00 p.m.

The performance will include works by Thomas Simpson, Johannes Cicoonia, Josquin des Prez, William Byrd, and Johann S. Bach. The Ferdinand Pointer harpsichord will also be featured. The concert will be performed in memory of former Sine Nomine members, Constance Lamonte and Muriel Teague.

Steve Calvert is the Organist and Choirmaster at St. Andrew’s. Sine Nomine, is a recorder and early music consort whose name means "without a name." It is one of the only early music ensembles in Birmingham.

This is the sixth year that St. Andrew’s has offered a Red Door Arts concert series. The purpose of the group is to encourage creativity and arts appreciation in parishioners and friends through art workshops, lectures, and performances, and through other special events throughout the year. The music program at St. Andrew’s has a long history of excellent presentations, and the choir gives concerts each year, as well as singing for Sunday and special services.

This Sine Nomine concert is free and open to the public. Donations are gratefully appreciated. St. Andrew’s Episcopal Church is located at the corner of 11th Avenue and 12th Street at 1024 12th Street South.