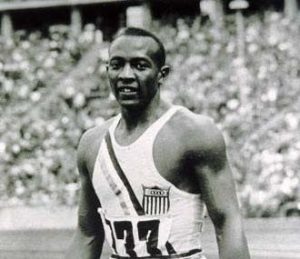 In the 1936 Olympic games in Berlin, a single man captured the attention of the world, winning 4 gold medals, an Olympic first. Sixty years later, thousands gathered to honor this man with the dedication of a park named in his honor, the Jesse Owens Memorial Park. Dedicated on June 29, 1996 with the arrival of the Olympic torch on its journey to the Atlanta games, the Jesse Owens Memorial Park is a tribute to the Olympic track and field superstar.

The Jesse Owens Memorial Park Museum immortalizes Owens’ memory by depicting the moments that made Owens great and portraying the people who shaped him as an athlete and as a man. Glass display cases showcase rare memorabilia including programs from the 1936 Olympics, replicas of track uniforms and shoes, and medals and trophies from Owens’ high school days. In addition, the museum offers visitors interactive kiosks that highlight Owens’ life and accomplishments.

The 20-acre Jesse Owens Memorial Park has attractions that will entertain and educate people of all ages. The attractions honor Owens’ life and accomplishments and at the same time engage the community and visitors in an interactive learning experience.The park’s attractions include a welcome center, statue of Owens, museum, long-jump pit, Olympic Gold Medal Tree, 1936 torch replica and Jesse Owens home replica. Come see what has drawn visitors from every state in the country and numerous nations around the world to Lawrence County, birthplace of Olympic great, Jesse Owens.

The museum’s mini-theater shows the movie "Return to Berlin" in which Owens narrates the 1936 Olympics. Visitors can follow the larger-than-life panel displays throughout the museum that depict Owens’ life beginning in Oakville, Alabama to his death in 1980. The panel displays highlight Owens’ athletic accomplishments as well as his humanitarian efforts.

Museum free for individuals and small family groups.
Groups of 10 or more – $2.00 per person.
Children under the age of 5 are free.
Donations for museum operations and maintenance appreciated.