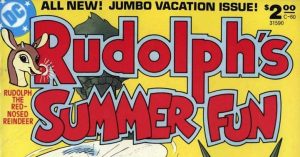 Come and join the Birmingham Bicycle Club and Bike MS for a fun MSX50 & BBC100 Training Ride, Rudolph’s Summer Century. This route was ridden last winter, and some thought the century route looked like Rudolph, so the name is sticking. We are starting the Ride at Union United Methodist in Wilsonville to allow the folks that normally show up for the BBC Shelby Co Saturday ride to join in. We have 3 routes for you to train to get ready for BikeMS Tour de Beach MSX50 and our BBC100 Century on 9/30.

We have 3 routes:
– Rudolph’s Summer Century is a challenging route with almost 5,000′ of climbing over 113miles. Plenty of Rest Stop options at miles 10, 25, 41, 53, Jimbo’s Soda Fountain at 68 as a reward after climbing 25 in Vandiver, 75, 88 and 102.
– Summer Anlters Metric – Almost 3,000′ of climbing at exactly 63miles. The metric will run the same route as the century for 53 miles, and then turn left and head back to the church. This will allow folks to not have to choose between the metric and the century until mile 53.
– Whit’s out and back 20 – There are many folks who are riding shorter routes in the MSX50, and this route is for you. Come join the rest of us and roll out with us to our first Rest Stop, Whit’s Country Store, at almost 10 miles. The Century and Metric will go on from there, and the out and back will head back to the church for almost 20 miles.