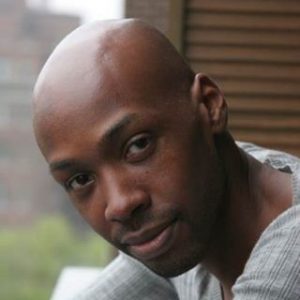 As Birmingham-Southern College’s theatre program prepares to put on the award-winning musical Pippin, we sat down for a chat with alumnus Todd Underwood ’96, who has returned to campus as director. The show stars junior Luke Otwell as Pippin and first-year student Rose Simpson as the central character called the Leading Player.

Underwood is an award-winning choreographer whose work has appeared in theatres across the country and on the screen. This spring, he is an artist in residence at BSC. Most recently, Underwood directed and choreographed the college’s production of Godspell and choreographed Jesus Christ Superstar.

Can you tell us a little bit about the genesis of this musical?
The show first started as a student musical called Pippin, Pippin. The creative team went through some changes, and at the other end was what we now know as Pippin.

What’s the story?
A young man right out of college goes on a quest to find his passion, fulfillment, and worth. He is led on this journey by someone who is an expert in journeys. In the end though, Pippin finds that happiness lies not in extraordinary endeavors, but rather in the un-extraordinary moments that happen every day.

Do you have a favorite song from the show?
I think all of the songs are incredible. It’s hard to pick one.

The BSC theatre, which can rotate and lift three different sections of sets, has such a unique ability to transform each time a play or musical is staged. How will the stage will be used for Pippin?
The main stage has wonderful versatility. Back in 1992, the production was done “in the round.” In this production, we are embracing the traveling troupe concept. We wanted to take very rudimentary pieces (cubes, planks, and ladders) and use them in a way to create place by positioning these items in different configurations. We also have a few surprises!

How is the BSC production different from the original? The same?
What’s so great about this show is that it doesn’t lock you down in a specific way of telling the story. The original Broadway production looked and felt very different from the 2013 revival. I really enjoyed both productions, and it inspired me to create something that has been influenced by both.

What do you think is the most valuable thing BSC students will learn from working on and appearing in Pippin?
We have an incredible group of students working on this show in all different capacities, from designers to crew to cast. They are a hard-working group. I see it every day. I hope they are as proud of the incredible work they’re putting in as I am.

Any final thoughts?
I love coming back to BSC to work with its incredible theater department. This is where it all began for me. To be able to come back again to be a part of this show has been an honor.

$20 for general tickets; $10 for students regardless of the school they attend.

BSC Professor of Theatre Michael Flowers will present the Provost’s Forum “Pippin: Magic is in the Air” on Tuesday April 17, at 11 a.m. on the mainstage; he will be joined by Underwood as well as the cast and crew. The theatre program will host an opening night dinner on Thursday, April 19, at 6 p.m. in the Executive Dining Room in Norton. Dinner tickets are $22.