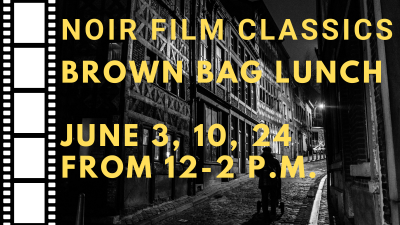 Join us for one of Hitchcock’s greatest films. When two strangers – tennis star, Guy Haines (Farley Granger) whose wife will not give him a divorce, and the wealthy but deranged Bruno Anthony (Robert Walker), who wants to be rid of his father – happen to meet on a train. There the conversation casually turns to a possibly perfect crime: what if each agreed to commit a murder for the other? There is nothing to connect the two men. No apparent motive for either killing.  When the trip ends, Guy believes the conversation was hypothetical, and that he will never see Bruno again.  Then his wife is murdered….and Bruno returns for payback.