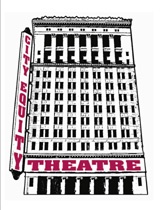 CITY EQUITY THEATRE was founded in May of 2006 by Actors’ Equity Members Jonathan Fuller and Alan Gardner, who self-produced David Mamet’s "American Buffalo" and "Someone Who’ll Watch Over Me" by Frank McGuinness at Playhouse, Inc. across from the Alabama Theatre. As our union presence in the Birmingham theatrical scene was commented on very positively in the press and well received by the public, we felt that the burgeoning reputation was very promising for our “company.”

In September of 2007, a Board of Directors was formed and we incorporated and gained our 501(c)3 non-profit status by the IRS. City Equity produced two Irish plays for our 2007 season, at the Alabama School of Fine Arts Studio Theatre: "The Cripple of Inishmaan" by Martin McDonagh and "Faith Healer" by Brian Friel. Both were cast with union and non-union actors as well as students from ASFA and the University of Alabama at Birmingham. Our mission: City Equity Theatre enriches the cultural life of our community by providing opportunity, experience, and education for professional and aspiring theatre artists; by providing artistic and professional leadership for Birmingham’s theatre community; and by expanding the presence of Actors’ Equity Association in the region as Birmingham’s only professional theatre operating under agreement with AEA.

In a rare decision by the New York office, City Equity Theatre was able to extend the EMC program to the middle and high school students at the Alabama School of Fine Arts (ASFA). City Equity Theatre’s co-productions with ASFA has made ASFA one of the only public arts schools in the United States to offer such a program. This association was instrumental in the decision by Stage Directions magazine to name ASFA “The Best High School Theatre Program in the Southeast” in their March 2011 issue.

Since our inception, CET has made eleven Birmingham area actors and stage managers members of Actors’ Equity Association. Many of these people have taken their expertise to other major markets where they can make a full living as actors and stage managers. Some have returned to work with us again, building an ever growing pool for CET’s ensemble. Since being granted the ability to sign up people for the Equity Membership Candidacy program, CET has enrolled more than sixty students, non-union actors, and asst. stage managers, putting them on the track to making a living in the theatre. Your support makes City Equity Theatre’s growing presence in the Birmingham metropolitan area possible!