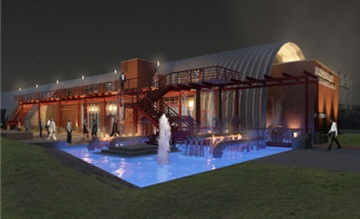 In 1881 Sloss Furnaces gave birth to the Magic City. Constructed by James Withers Sloss, Sloss Furnaces would make Birmingham a leader during the height of the industrial revolution. Today, Sloss Furnaces is a National Historic Landmark. Visitors from all across the world visit Birmingham to touch and see the only 20th Century blast furnaces being preserved and used as a musuem in the nation. Because Sloss Furnaces is preserved as an industrial site, visitors have a chance to experience Sloss as it was in the early 20th century– walking the paths of foundrymen of old, and exploring underground tunnels. Contact us at 205.324.1911 to make a reservation, book an event or schedule a tour.