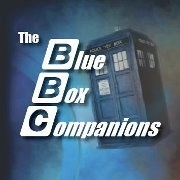 The Blue Box Companions of Birmingham is a Doctor Who and British Television fan club located in Birmingham, Alabama. Our group meets once a month to watch Doctor Who as well as other British Science Fiction related shows. We discuss Doctor Who, British Television, and Science Fiction in general. Our group is composed of seasoned fans as well as new fans, both young and old. Our meetings are held at the Homewood Public Library and officially starts at 2:30 pm until 5:30 pm on the second Saturday of each month. Some members arrive as early as 1:30 pm for classic Doctor Who viewing. The meeting room is usually located downstairs. Programming is restricted to PG-13. All ages are welcome to attend.  Visit us at bbcbham.org or join us at facebook.com/groups/bbcbham.