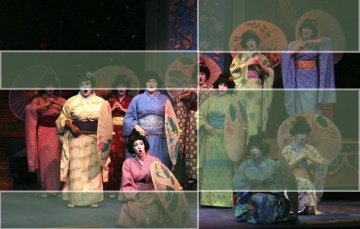 In a relatively short time, the UAB Department of Music has distinguished itself as one of the finest centers for educating young musicians in the southeast. Faculty and students perform in the acclaimed Alys Robinson Stephens Performing Arts Center (with its four performing venues) and around the globe. The UAB Department of Music recently became the first program in the State of Alabama to be designated an All-Steinway School, making the department one of only 73 schools worldwide so named by piano maker Steinway & Sons.

The department is home to numerous world-renown scholars and performers, with recent appearances by faculty and students in Egypt, Russia, France, England, Scotland, Brazil, South Korea, the Czech Republic, and Mexico, as well as television broadcasts throughout the world. Graduates of the UAB Department of Music have consistently found success in graduate study at some of the nation’s most prestigious schools, work in music business and music technology, music education, and churches, and as active performers.

The department offers instruction at a variety of levels to provide a balanced musical education for a broad spectrum of students. Areas of instruction include music theory and composition, music history and literature, music performance, music education, and music technology. Courses in music theory explore the materials and techniques employed in music composition. History and literature courses present the evolution of musical styles in the context of our cultural heritage and identify certain works that represent the highest levels of artistic achievement. Performance activities develop individual musical skills through personal creative involvement. Music education prepares students to teach music at the nursery through high school level. Music technology explores current developments in computers and their applications to and impact on the creation, presentation, and recording of music.

In the fall of 2004, the renovation of the Hulsey Center for the Arts gave the Department of Music a new home. With architecture to please the eye and state-of-the-art technology to challenge the mind, the new Hulsey Center boasts new faculty offices and teaching studios, multiple rehearsal rooms and classrooms, a music technology laboratory, recording studio, practice rooms, a 235-seat recital hall with surround-sound stereo system, and a new 9-foot Steinway grand piano. Located in Birmingham, home to the Alabama Symphony Orchestra, Opera Birmingham, Alabama Ballet, Chamber Music Society, Birmingham Music Club and a host of other visiting artists, UAB is at the very center of the arts, affording our students invaluable exposure to the world’s greatest artists.