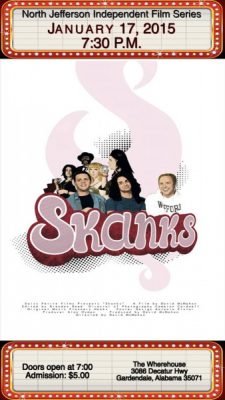 We're an independent film series located in Gardendale.  The NJIFS was formed in the spring of 2013. It was founded by Shari Graye, Jeffery Dingler and Carey Rayburn as an additional way for Alabama Filmmakers to screen their work.

Our first screening was held in October 2013.  It was a horror block.

We've screened 25 films since starting and have had over 700 films submitted in the last 6 months.