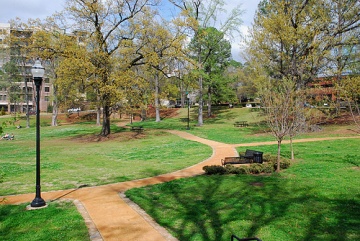 Located at 26th Street South and Highland Avenue adjacent to the Virginia Samford Theatre, the park was named for Dr. Henry Martyn Caldwell, 1836-1895, one of the earliest founding fathers of the city, and president of the Elyton Land Company, which developed early Birmingham, from 1875-1895.

It is the site of many cultural events, including the annual Do Dah Parade and the Alabama Symphony Orchestra’s Summer Series. It was extensively renovated in 2006.