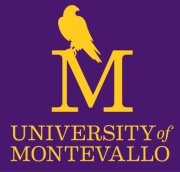 The Department of Music is housed in Maxine Couch Davis Hall. Davis Hall was constructed in 1972, and was known for 20 years as “The New Music Building.” On November 6, 1992, the University’s Board of Trustees resolved that the building would be named for Dr. Maxine Couch Davis, alumna, and Professor Emerita of Music, in recognition of her six decades of dedicated service and generosity to the Department of Music and to the University.

The Harrison D. LeBaron Recital Hall is a 248-seat hall, used primarily for faculty and student recitals, lectures, and university-wide convocations and meetings. The hall is named for the late Harrison D. LeBaron, organist, music theorist, and Director of the School of Music from 1930 until 1955.

Housed in LeBaron Hall is a 9-foot Hamburg Steinway piano, a gift of UM alumna Dorothy Crabtree Dobbins, Class of 1929, and a 15 rank Flentrop organ, built in 1960, and installed in the present building upon its completion in 1972.

In the fall, 2007 semester, the department was designated as an “All-Steinway” department. Through a very generous donation by a local business, UM Music Students have the very finest of pianos upon which to practice and perform.