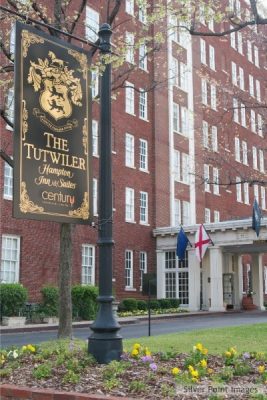 The Tutwiler Hotel was first envisioned by Robert Jemison, Jr., who later became the Vice-President of the hotel company, as a facility that would help Birmingham attract meetings and visitors. He wanted to convince the American Iron and Steel Institute to hold its convention in Birmingham in hopes of bringing a larger portion of the steel industry to the city. The American Iron and Steel Institute was made up of 500 members, including the head of the United States Steel Corporation. However,

The Tutwiler Hotel was first envisioned by Robert Jemison, Jr., who later became the Vice-President of the hotel company, as a facility that would help Birmingham attract meetings and visitors. He wanted to convince the American Iron and Steel Institute to hold its convention in Birmingham in hopes of bringing a larger portion of the steel industry to the city. The American Iron and Steel Institute was made up of 500 members, including the head of the United States Steel Corporation. However, the Institute was not inclined to hold its convention in Birmingham because there was a lack of “adequate modern hotels” in the city.

Mr. Jemison, approached George Crawford, president of the Tennessee Coal, Iron, and Railroad Company, who he knew was also frustrated with the lack of quality hotels in Birmingham. Jemison convinced Crawford to become the president of the hotel company, which Crawford agreed to with the stipulation that Jemison would oversee the finances and construction for The Tutwiler.

The two men went to Major Tutwiler, who was in the process of selling the Tutwiler Coal and Coke Company, to see if he would be willing to invest in the hotel. Tutwiler agreed to foot a majority of the bill with a contribution of $1,850,000. At the time, the Tutwilers were on a trip in South Africa, and upon their arrival back in the U.S., Jemison met the Tutwilers at the Roosevelt Hotel in New Orleans to tell them that the deal was complete and the hotel would be built. It was there that Tutwilers asked that the new Birmingham hotel be named after his family. Another major financer was W.P. Harding.

The property was purchased from H.G. Woodward on the southeast corner of 20th Street and 5th Avenue North. Jemison and another member of the newly formed company visited 20 other high-quality hotels throughout the southeast to get ideas for the Birmingham hotel. Construction began in 1913 by the contracting firm Wells Brothers & Company of New York City, and two architects W.L. Stoddard and W. Welton. The United Hotels Company became the lessee of the hotel and brought in trained employees. They were also responsible for furnishing the hotel.

The Tutwiler Hotel opened in 1914. It hosted memorable events, such as Tallulah Bankhead’s post-wedding bash and a press conference for Charles Lindbergh. In fact, The Tutwiler was, in part, responsible for Birmingham becoming a major destination point in the South.

The Tutwiler was unique in that it had no interior guest rooms; all of the bedrooms were on the outside of the building with abundant sunlight pouring in. It was built in a grandiose style, with a large, elegant main lobby. Inside, balconies overlooked the lobby from two mezzanine levels. There were two entrances to the lobby; one was a marble public corridor that was at the center of the 20th Street facade, and the other was a ladies’ entrance on the 5th Avenue side. The original hotel opened with 343 rooms. The building also had many meeting rooms, including eight large rooms that opened to make the “Grand Ball Room” which could accommodate 1,200 people.

In 1974, The Tutwiler was imploded to make room for the First Alabama Bank. For the next twelve years, The Tutwiler Hotel was absent from the city. However, in 1985, the city of Birmingham was awarded the Urban Development Act Grant in the amount of $895,000. Some of this money, along with $12 million in private funding, made the reopening of The Tutwiler Hotel possible.

It was decided that the Ridgely Apartments, located on Park Place, would be converted to the new Tutwiler. The Ridgely Apartments had been built in 1913 by the Jemison Company (owned by Robert Jemison), and the building was owned by the Tutwiler family. The apartment building was completely gutted and renovations began in 1985. The hotel opened for business in 1986.

In October 2005,local hotel developer and President/Owner Bill Murray of Integral Hospitality Solutions, a Birmingham based hotel management company, convinced his business partner to purchase The Tutwiler Hotel and began planning a complete renovation of the hotel, including a fitness center, a business center, a signature restaurant and a total refinishing of every guestroom. The exterior of the building was renewed and additional beautification of the courtyard was performed. The entire $9.2 million project was completed in April 2007. 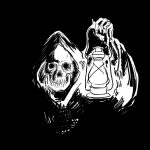 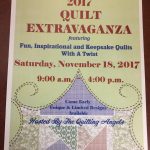 Presented by The Quilting Angels at The Historic Tutwiler Hotel